Share a memory
Obituary & Services
Guestbook
Read more about the life story of J. Frank and share your memory.

He is survived by his loving wife of 54 years: Becky Brown West and his sons: Joe and Jesi West of Oneida, and Lance West and Stephanie Stephens of Helenwood; Grandchildren: Houston West, Austin, and Sadie West, Gabriel and Kelby West; Great-Grandchildren: Raelynn West and Auzie West. Siblings: Colleen Lay of West Chester, Ohio, Jim and Buncy West of Helenwood, Joan Keeton of Helenwood. Brothers-in-law: Michael Brown of Pawleys Island, South Carolina, Meredith and Chinica Brown of Murfreesboro; Sisters-in-law: Rose West, Sylvia, and Don Billingsley of Oneida; Two very special people that thought of Frank as a father: Gregory Brett Chambers of Glenmary and Colby Garrett of Robbins; a loyal dog: Rowdy; and numerous nieces, nephews, other family, and friends. A special thanks to his caregiver, Summer Walker.

Frank was a businessman for 35 years. Cofounding Denim Processing in 1987 with Jim West, Greg West, and Dub Blakely. Denim Processing was the #1 contractor in the world for Levi Strauss. In 1996 he invested in Jewelry Television of Knoxville, Tennessee, an online jewelry and gemstone shopping network. He was a co-owner in Napa Auto-Parts of Oneida, and McCoy Motorsports of Pikeville, Kentucky. Frank’s hobbies consisted of raising and showing Paso Fino horses, where he had multiple National Champions, watching and attending NASCAR and drag races, watching the Tennessee Volunteers, and watching his sons and grandsons play sports through the years.

Frank was a member of Helenwood Baptist Church for well over 45 years, in which he was actively involved in church as a Trustee and Sunday School Teacher.

The family will receive friends Saturday, November 5th from 12 p.m. until the time of the funeral service at 2 p.m. at Helenwood Baptist Church with Bro. Jim West and Bro. David Barnhouse officiating. Music will be provided by Dallas West, Brenda West, Arnold, and Lloyd Stephens.

In Lieu of Flowers, donations may be made to Helenwood Baptist Church Building Fund, 235 Main St, Helenwood, TN 37755.

To send flowers to the family or plant a tree in memory of J. Frank West, please visit our floral store. 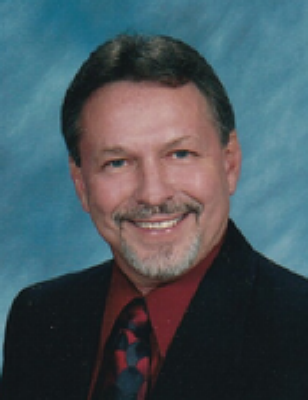 You can still show your support by sending flowers directly to the family, or by planting a memorial tree in the memory of J. Frank West
SHARE OBITUARY
© 2022 J & W Funeral Homes. All Rights Reserved. Funeral Home website by CFS & TA | Terms of Use | Privacy Policy | Accessibility