Read more about the life story of Jack and share your memory.

Jack Randall Jeffers was born on August 7, 1945, to Ardilla Louise and Horace Maynard “Jake” Jeffers in Oneida. He lived the life he chose to live, close to his family and home. Jack was a computer programmer in the early 1970s and he chose to leave a potentially lucrative career in that field to return to Oneida to raise his family. After a brief but intense battle with pancreatic cancer, Jack died early Wednesday morning, November 9, 2022, at his home in the Foster Crossroads community of Scott County. He was cared for day and night by his wife Karen Sue Jeffers (Free) for his last three months of life. He died peacefully with his devoted family by his side.

Jack was a true friend to all who knew him. He was saved at an early age, lived a Godly life, and had a strong Christian testimony. He was active in church and took great pride in his roles as Sunday School teacher and annual director of the Christmas program. He loved to sing with the choir and teach Sunday school. Jack and Karen raised their sons Leif, Abe, Jude, Jobe, and Jack in church and taught them the way they should go. They have not departed from it.

Jack graduated from Oneida High School in 1963 and was proud that he played football for the Indians. Jack was a very active and vocal supporter of the Oneida football program from about 1979 through 1997, during which time he always had at least one son playing for the Indians.  Jack is still remembered by many for his signature “GO BIG O” yell at games.

Jack loved Oneida. He was active in civic efforts like the Oneida Homecoming 86 Celebration and the Save Oneida Schools program that ultimately lead to the construction of new facilities for Oneida Elementary, Middle, and High School. Jack was known as an expert problem solver, had a sharp logical mind, and helped several local companies improve their business operations over the years with his computer programming skills. He retired at the age of 70 to farm and raise cattle on the family property.

Jack was a proud Democrat, and if you ever spent more than 10 minutes with him you already knew that. He was a proud member of the Scott County Election Commission until his death. Jack was a wise, caring, passionate father and friend, who will be deeply missed by his family and all who knew him. Jack is survived by his wife, Karen, his brother Don Jeffers and wife Marlene (Birmingham, AL), his brother Jan Jeffers and wife Peggy (Oneida, TN), his sister Judy Davis (Jacksonville, FL), and his sister, Joan Williamson (Birmingham, AL). He is also survived by his sons Leif and Lisa Jeffers (Oneida, TN), Abe and Rachel Jeffers (Richmond, VA), Jude and Dawn Jeffers (Powell, TN), Jobe and Tiffany Jeffers (Oneida, TN), Jack Jeffers (Fredericksburg, VA), and nine grandchildren: Jake, Jacob, Luke, Isaiah, John, Chelsey, Emily, Ingrid, and Linus.

Friends may visit with the Jeffers family on Saturday, November 12, 2022 from 5 p.m. until 7 p.m. in the chapel of Jones & Son Funeral Home.

To send flowers to the family or plant a tree in memory of Jack Jeffers, please visit our floral store. 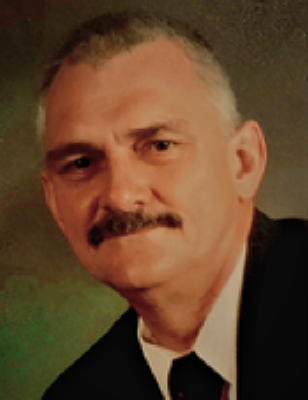 You can still show your support by sending flowers directly to the family, or by planting a memorial tree in the memory of Jack Jeffers
SHARE OBITUARY
© 2022 J & W Funeral Homes. All Rights Reserved. Funeral Home website by CFS & TA | Terms of Use | Privacy Policy | Accessibility