Share a memory
Obituary & Services
Guestbook
Read more about the life story of Willard Edwin 'Eddie" and share your memory.

On November 9, 2022, Willard Edwin Ray passed away peacefully in his sleep in Oneida, TN.

Eddie, as he was known to all his friends, was born on November 10, 1943, in Hancock, NY to the late Willard and Irene Baudendistel Ray.  After graduating from Hancock Central School, he joined the US Army and served in Germany and Korea.  After his honorable discharge, he became a member of the Local 363 IEBW.  He lived in Youngsville, NY until his retirement in 2005 when he moved to Oneida, TN.  Eddie was happy living in the hills there.

Eddie was predeceased by his parents:  Willard and Irene Baudendistel Ray, and brother:  Robert; grandson:  Harper; and brother-in-law:  Bill.

A Celebration of Life will be held at a later date.

To send flowers to the family or plant a tree in memory of Willard Edwin 'Eddie" Ray, please visit our floral store. 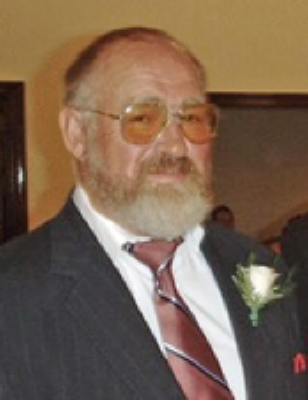 You can still show your support by sending flowers directly to the family, or by planting a memorial tree in the memory of Willard Edwin 'Eddie" Ray
SHARE OBITUARY
© 2022 J & W Funeral Homes. All Rights Reserved. Funeral Home website by CFS & TA | Terms of Use | Privacy Policy | Accessibility